All about our new home!

I’m sure you all have a ton of questions about our new house and I’m here to answer all of them.

First, the basics. The house is a Spanish Bungalow built in 1930 with 3 bedrooms and 2 bathrooms. In the last year it had a complete remodel that included replacing most of the plaster with drywall, all new plumbing and electrical, a new kitchen, two new bathrooms, adding double-paned windows and central A/C. The house was a flip, which would have frightened me away but they kept so much of the original charm and character to keep the home beautiful.

So let’s get into your questions.

Where is the house?

In Bellflower, CA. It’s just a few cities North of Long Beach where we live right now, but it’s practically in the neighborhood I grew up in. My brother and his family are just minutes away which is great. Five generations of my family have lived in Bellflower, so I have roots there. Sean has also learned to enjoy the city when we visit my family and he’s happy to have found such a beautiful house.

Why would you give up your cabin?

The Crhacienda is a dream house for us, just like Naughty Pines was. When negotiations were getting tough we challenged our realtor to find us another house that was cheaper so we could potentially keep the cabin, but it didn’t exist with all of our checklist items. One of the things we loved most about Naughty Pines was entertaining and creating memories with friends. Our condo never really allowed that, but Crhacienda will. Instead of only being able to entertain on weekends at the cabin we can now entertain throughout the week for dinners, game nights, and most importantly – viewings of RuPaul’s Drag Race!

What was on your house checklist?

1) Historic character. Most new construction just doesn’t have the soul that we wanted in a home. It costs a lot of money to add charm to a house’s architecture and we weren’t signing up for that. We didn’t want anything built after 1950. 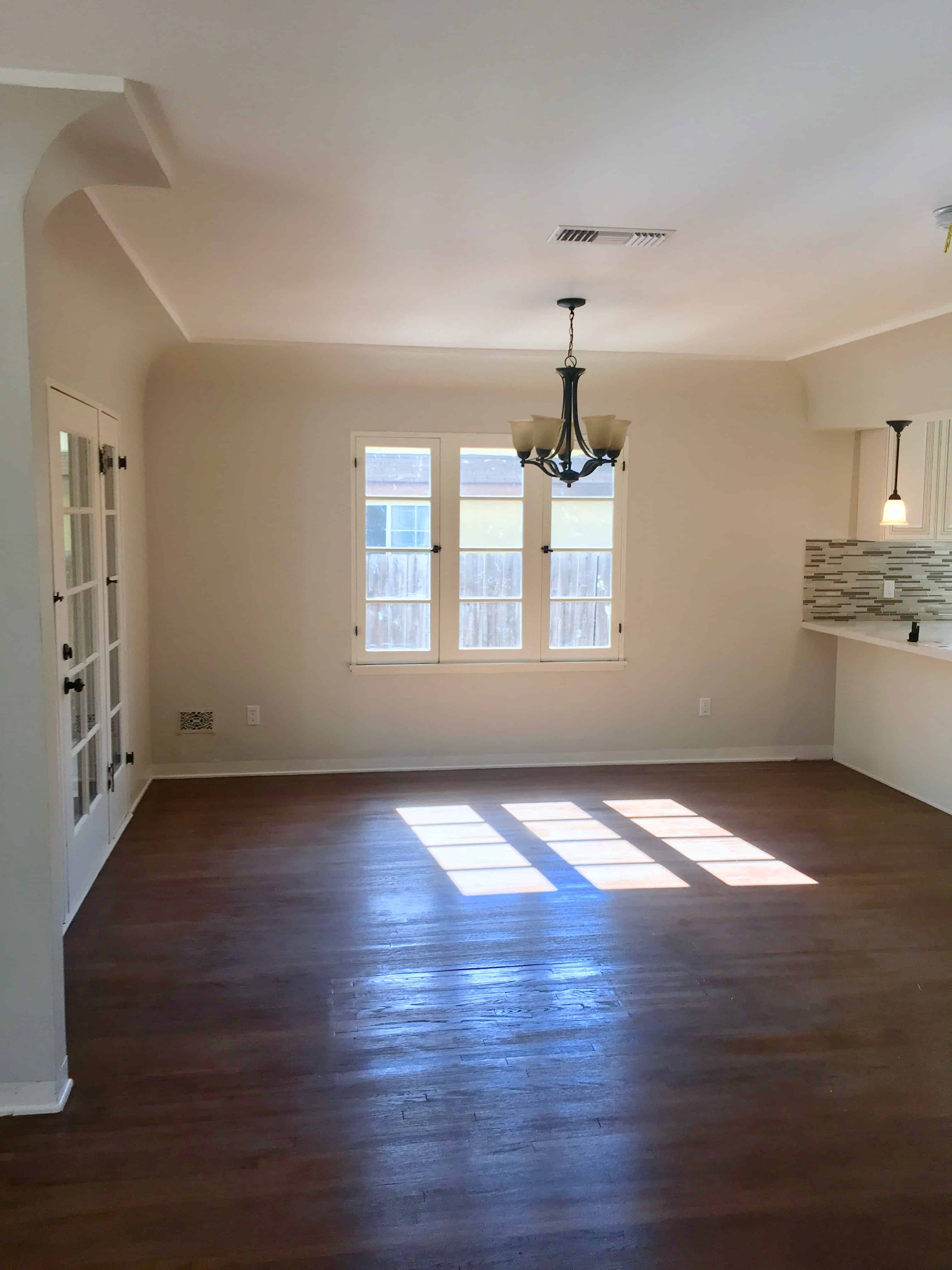 2) Great light. Windows are expensive to add in later so we wanted lots of light up front. Our condo faced East-West and we barely got enough morning light before baking in the afternoon heat. Ideally, we wanted a house facing North-South. Natural light not only makes a home feel open and comfortable, but it’s also key to our physical health as human beings. My house plants also had this on their checklist. 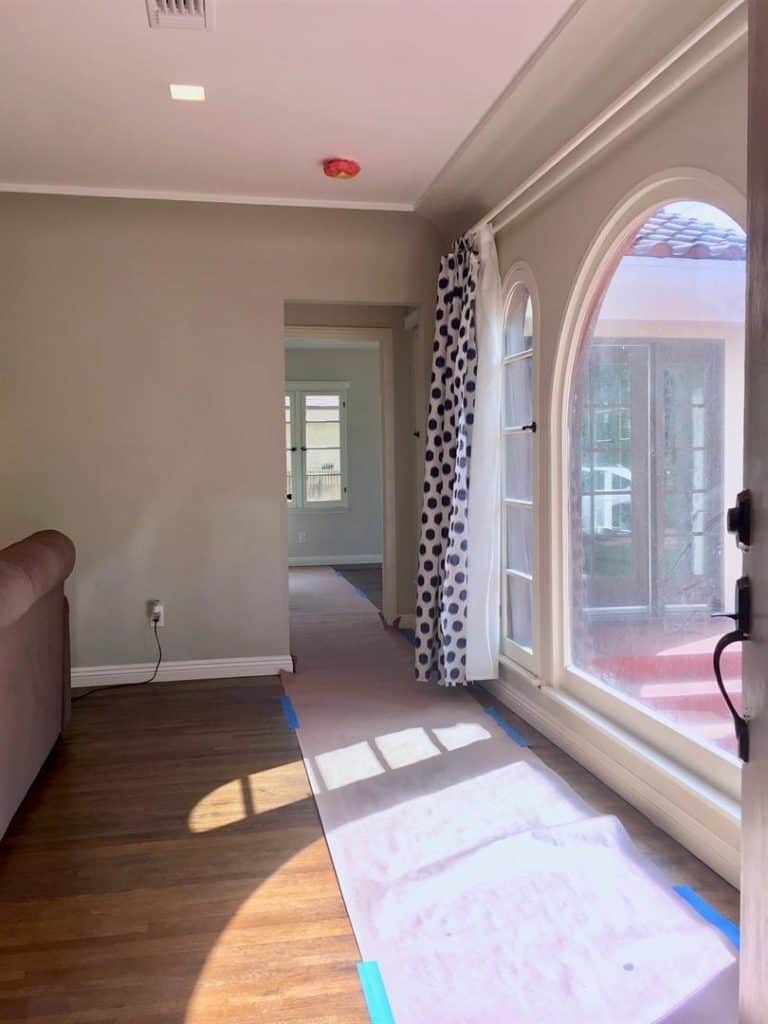 2) No garage at the street. Call it neurotic, but I can’t stand seeing a garage as soon as you walk up to a house. I know this is practically impossible, but some houses are all garage and a front door. It’s a huge missed opportunity for curb appeal. Crhacienda has a two car garage behind the house and a covered section of the driveway we’re calling a portico because it sounds better than carport. 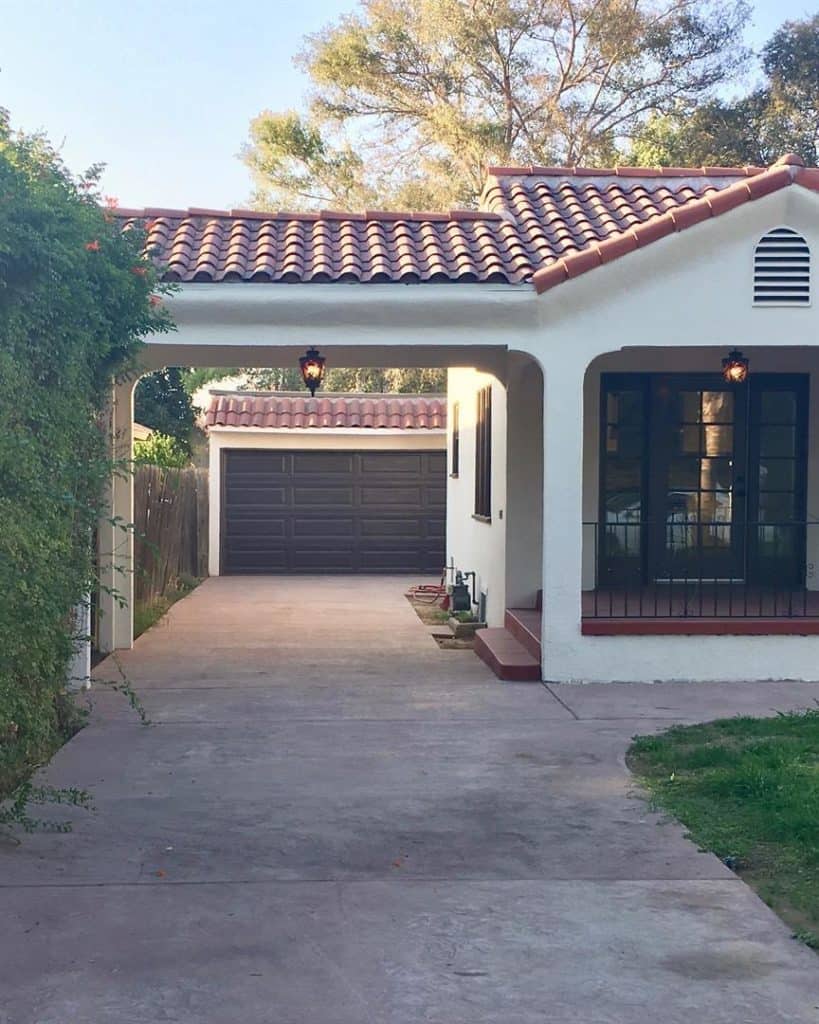 3) A nice sized yard. I know my dogs are small, but the yard isn’t for them. We wanted to be able to entertain more and a yard helps make that possible. We also wanted a place with a pool already or enough space to add one. Bellflower was originally farm land, and the house was the original farm house on a one-acre lot. Eventually the lot was subdivided into 1/4-acre lots. We have about 6,500 square feet in the backyard to make all our dreams come true. More to come on those plans later.

4) Convenient to freeways. Sean’s commute has been 15 minutes to the hospital in Long Beach. And even though I don’t have a commute right now, I have to be able to get to clients within Greater LA easily (or as easily as LA traffic allows). Moving to Bellflower puts Sean within 30 minutes of the hospital, and keeps us close to major freeways.

5) Two full bathrooms. There was a moment when we thought about buying a one-bathroom home and building on to it. We just weren’t willing to pour in that much money and live in a construction site while we both showered at the gym every day for months. With two bathrooms we could always remodel one first, then the other. 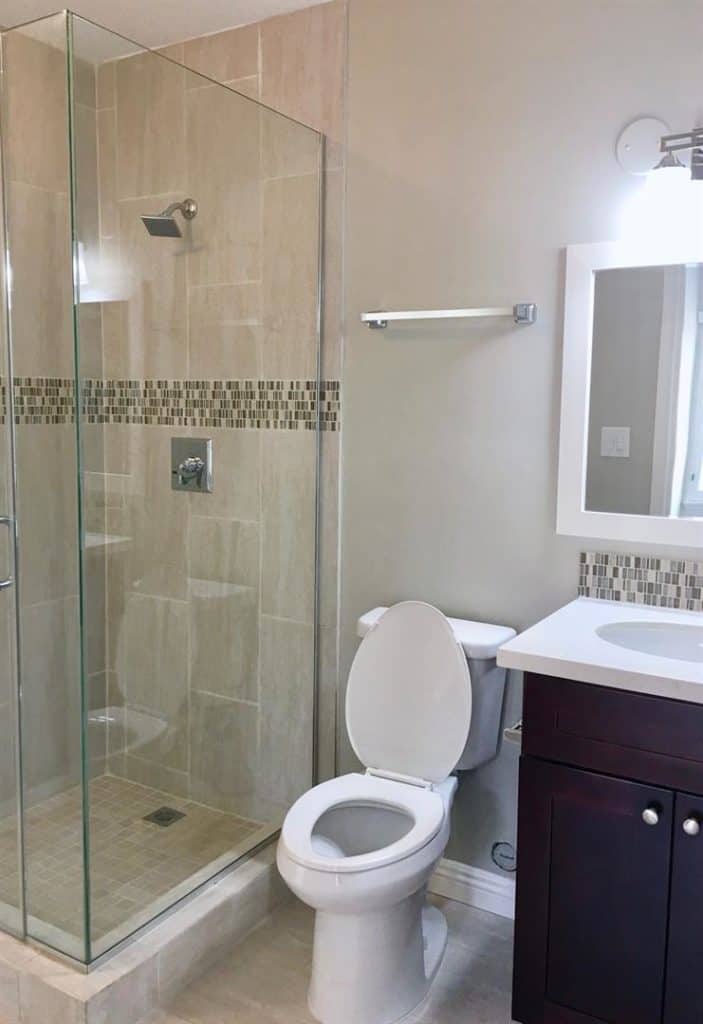 6) Projects. I have to be able to customize the home for us. We didn’t want to sink all of the money from the condo and cabin into the downpayment and not be able to make improvements to the new house. We also didn’t want to be house poor and overextend ourselves. While we weren’t afraid of putting some work into a house like we did the cabin, we also wanted to avoid paying top dollar for something that would need tons of work.

That’s about it really, we were open-minded to a number of houses but nothing caught our interest as much as Crhacienda. Even with the bad curtains the selling agent put up in the house, you can still see the potential!

But why not Long Beach?

Yes, Long Beach has houses with character and history, but they’re all on postage stamp lots. Anything in a neighborhood worth being in and in good condition was going to cost us $700,000+ and that just wasn’t possible for us. We loved our time in Long Beach, and many of our friends live there still. Ultimately moving to Bellflower put us 15-20 minutes from our friends and 3 minutes from my family. Since we were driving from our condo in Downtown Long Beach to most of our friends on the Eastside of Long Beach we were already 15-20 minutes away from them anyhow. To us, it’s all the same time getting to our friends. Hopefully now we’ll be able to convince them to come to us more.

What about all that furniture and stuff from two houses?

We’re selling some of it, donating other less valuable things, and trying to make as much as possible fit in our new home. The pantry in this house is 28 square feet, much more than I need for food items, so we’re using some of the space tofor my favorite styling accessories and props. We will be bringing in things more appropriate to the house and it’s style. In the coming weeks I’ll be sharing more about our design concepts so you’ll see where we’re headed.

Will you stay here for a long time?

We went in to this asking ourselves if the house could be our forever home. We truly believe we can be happy here for the next 30+ years.

Are you remodeling anything right away?

The biggest projects we want to accomplish are on the exterior of the home. We want that California indoor/outdoor lifestyle so we’ve already been working with landscape designers to help us figure out our next steps. We’re a little late in the season to start digging a pool, but we’ll need the next coming months to work with the contractor and get all the plans in order if we want to break ground by Spring 2018 and have a working pool by mid-summer. There are plans for the inside of the house but we want any big things to wait on the 2-5 year plan so we can formulate all of our ideas and not regret something later.

What are the drawbacks?

No house is perfect. Since the house was a flip there were some silly things done to cut corners all in the name of penny pinching. In future posts I’ll share some with you. The biggest thing for us right now is that both bathrooms are sort of a Jack and Jill style. The first two bedrooms share one bathroom, and then the last bedroom shares the bathroom with the main living area.

It really bothers me that there isn’t a proper master suite and that there isn’t a powder room for guests. The closets are also a unique situation in an old house, so we have to tackle that pretty quick and make the third bedroom usable as an office for me. 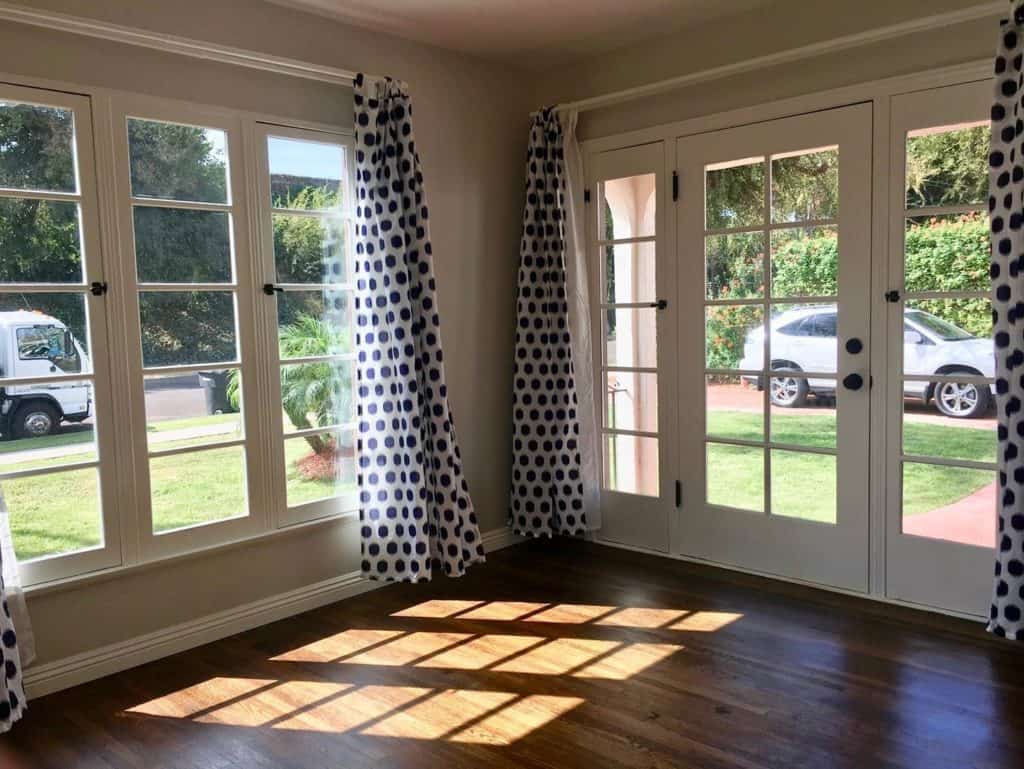 I know you all will want to see more of the house so I’m planning to do a Facebook Live as soon as I can get a few more boxes put away. It really is a mess here and we’ve only been in a week as of today. After that there will be a proper tour. It’s going to be amazing once it’s all done.